In college I worked on Ryze, a personal relationship manager (PRM). The idea of a PRM is to give you superpowers with people by extending your memory and providing routines to help you be more intentional. Much of our lives rest on the strength of our relationships - a good PRM will help you be more thoughtful, intentional, and consistent in engaging with others.

A brief history: in late 2017 we built a mobile demo version. We turned our focus to web for the first half of 2018 to focus on "power networkers", who worked largely out of LinkedIn and email via desktop. Later in 2018 we built a mobile app and tried to expand scope to help out everyday folks who wanted to be more intentional with their relationships.

For those interested, here's some old screenshots of the product (we had both web and mobile apps). My UI/UX skills were developed on the fly, so please share your strong opinions on where we could have improved. I've also open-sourced this overview of the problem, our thinking around a solution, monetization strategies, and other notes. It's fairly raw and unedited, which hopefully helps you see inside the thought process.

The key to any PRM is building a feedback loop, which looks something like:

Figuring out (4) is hard. What completes the reward loop?

Let's say you use a PRM to write down a colleague's birthday. The reward is the personal satisfaction of making your colleague happy when you get them a gift and show that you remember/care. But their birthday isn't for 8 months, so this feedback loop is left incomplete. By the time the birthday comes around, you've mentally detached the action from the reward.

There's a fear of forgetting that comes with keeping something in your head, which goes away when you write it down. Some notes serve as references for the future, but many are "sticky notes" — short-lived and intended to relieve the mental backpressure of storing too many thoughts. Ephemerality might be a feature, not a bug.

If you accept the above, then much of the value of a PRM is simply in getting information off your mind. Friction is now your primary enemy. However, there's already a large class of software that has been working for many years to reduce the friction of writing things down: note-taking software.

Even with their much larger markets and broad use-cases, note taking services often still struggle. The ones that don't tend to go after team/enterprise use cases (Notion), researchers and other heavy writers (Roam), or just end up carving out a corner of the market and running as nice SaaS businesses (Bear, Notability, etc).

There may be opportunities around specific workflows or features that reduce friction in other ways.

For workflows, you need to have a deep understanding of your target user (ideally be them yourself). If their workflow is business-related, it's likely covered by some sort of CRM or other business software. If you go this route, you're pivoting away from the goal of giving everyone relationship superpowers — now you're in B2B SaaS and entering a competitive market. Many PRMs have made this jump, and some have been reasonably successful.

We found that most features (both requests and ideas) fell into two buckets:

Given the above mention of friction and note-taking apps, it's easy to see why features in bucket (1) don't drive the product forward.

There's a few issues with bucket (2):

For a company that tried this and had the tech fairly built out, check out Conduit.

During onboarding, we asked users why they wanted to use Ryze. About a third had a concrete reason. 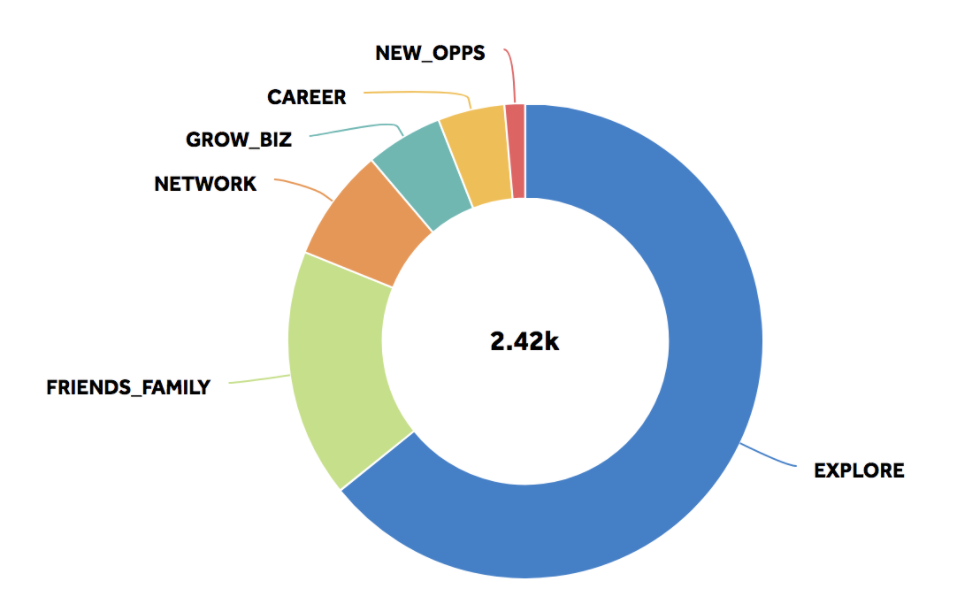 We had one user who started using Ryze to manage Tinder dates (he traveled a lot). I'm pretty sure he was one of our most engaged users — another example of the importance of clear feedback loops. There might be a product for specific use cases like this.

Our users genuinely wanted to be better with people, but we failed to generate any useful feedback loops that made them feel like they'd achieved this.

Things we did well

My cofounder Lucas was very scrappy and single-handedly drove our growth early on. He did a great job of owning SEO around PRM keywords - we grew to ~5,000 users without any paid marketing. Most of our traffic was organic Google search.

Fun story: In 2018, Lucas went to A&M's career fair and commandeered a booth abandoned by another company. He put a stack of paper on the table (with my resume on top, to look legit) and waited for people to arrive. We ended up hiring 3 marketing interns from this stunt to help us write content for the semester - they were great!

We managed to get to the in-person interview stage with YC, which was a lot of fun -- and a great learning experience on the importance of clarity of thought and selling vision.